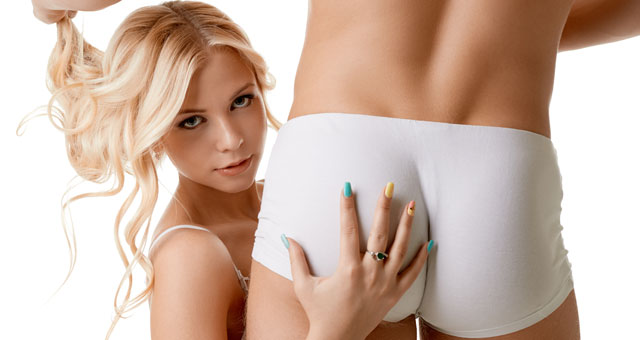 Life has been doing its best to get in the way of my creativity in recent weeks — our second child was born on Saturday, so right now my wife and I are in a fairly constant sleep-deprived semi-coma.

But, thanks massively to my team of beta readers, I should be able to get this next book out over the next few days. 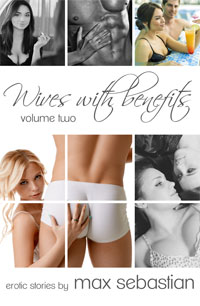 This volume of Wives With Benefits stories is actually quite a bit longer than the first volume, totaling around 61,000 words. I’ve always been fairly liberal when it comes to the term “short” in short stories. Sure, if an editor requires it I can keep to any limit, but in these stories I figure readers would rather enjoy the full story as it runs.

Included in volume four is the previously-published “A Mistress For My Wife”, but otherwise brings you four brand new never-before-seen tales of lusty wives and their highly accommodating husbands.

Anyway, here’s the blurbs for the stories:

Penance – When a visiting friend lets slip a little secret from his past, his wife decides a little flirting with her husband’s friend will serve as his penance…

Fertility Rites – A couple resort to extreme measures to get the baby they crave, but going against their agreement, the husband wants to know all about his wife’s unconventional route to conception…

She’s Seeing Someone – After a man discovers evidence that his wife is having an affair, he’s surprised to find himself excited by the revelation, and only craving his wife more and more…

A Little Fantasy Never Hurt – Caught staring at another woman’s behind, he’s surprised to find his wife fully amenable to a little fantasizing… but the thought of her fantasizing about other men strikes him as a seriously arousing fantasy…

A Mistress For My Wife – An equal opportunities officer learns that a beautiful woman has been hitting on his wife in the gym – and actively encourages her to pursue it.

You can keep an eye on this web page to see when the book is actually available and easily find the link on Amazon, or if you sign up to my free email alerts service, you’ll get a little email message when this or any future book is published.

Meanwhile, I’ve been mostly writing short stories recently owing to the major life change that has come in the form of a new small person in our family, but one of those short stories has already run so long it’s ventured into novella territory, and could even hit the novel length if the current pace continues. It’s called “Heidi, Corrupted”, and is a wife-sharing story where the husband has a more dominant role in the arrangement. On current course, you might well see it emerge some time next month (March 2016).

Anyway, thanks so much for reading, and I hope you enjoy these stories once they’re available.