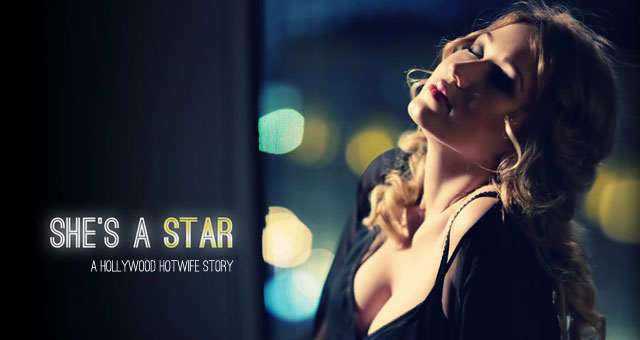 The story involves a husband who happens to already have a fantasy about sharing his beautiful wife, who is a struggling actress waiting tables while she waits for her big break. And then, not only does she get her big break, but it’s starring opposite one of the world’s most famous men — in a movie that will require them to shoot some very hot sex scenes. 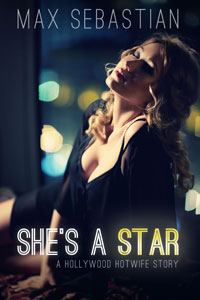 What if your wife had the chance to sleep with the most famous Hollywood actor in the world? Would she take it? Would you let her?

David Martin has long harbored a sexual fantasy about his beautiful wife sleeping with another man, yet struggling actress Hayley has only ever entertained the idea as a fantasy in role-play situations.

It’s an interesting story, I think, since it begins to explore the impact of having a celebrity for a wife, and how a non-monogamous relationship with her could play out when the eyes of the media and the paparazzi are firmly trained on her.

This story is potentially the first in a new series of books about this particular Hollywood Hotwife — I’ll be starting work on the sequel in the next week or two, with a view to it being out later this year.

My fellow erotica author Kenny Wright edited this particular book, and you can now pre-order his latest book, Training to Love It, which is out on Amazon on September 30. I’ve had the chance to read it already as a beta-reader, and I can tell you it’s seriously good.

Meanwhile, next on the cards for yours truly… I’m in the middle of a story tentatively titled “The Game”, which is about a wife who agrees to date men other than her husband, but rather than telling him all the details about her infidelity, will leave him clues so that he can follow her progress himself…

Also, I’m beginning to write more of a swinging story, working title “Open Season”, where a couple whose marriage appears to be at an end find new passion for each other when they start dating other people.

And of course the sequel to “She’s a Star” is also on its way later this year.