I’ve been taking a bit of a breather recently, as I was feeling a touch of burn-out. It’s okay, it happens from time to time. But it’s always best to take a break and re-group when that happens.

But now, I’m starting to look at what to do for my next project.

Sure, I have that sequel to “A Girlfriend For Us Both” to get written. I definitely should do that. I’ve also been meaning to write another season of “Marriage 2.0” for ages.

And, I have plenty of other ideas for stories that I believe will be good. A story set in East Berlin before the wall came down, in which the Stasi requires a housewife to cheat on her husband to inform on his friends. A story about a single guy who seeks his own hotwife via Tinder. A story about a couple desperate to integrate into a new neigborhood, who find that a key party is their key to doing so.

A story about a guy whose gamer wife enjoys flirting with guys in her massively multiplayer online game, and then gets tempted to do more than just flirt…

The last six months have been a lot of fun for me, getting to grips with a more regular publishing schedule, and in particular serializing a novel on Medium. I would definitely like to do more of that.

I have one big issue going forward: from May onwards, for family reasons, I won’t be able to sell new ebooks for a few months. And I’m not entirely sure how long that restriction will be. Hopefully, only a few months at most. I’ll be able to keep existing publications on sale, but just not publish anything new.

It’s a little annoying, but once those few months are over, life should be good again and I’ll be able to get back to a regular publishing schedule.

Naturally, I could just stop releasing new ebooks/paperbacks for a while, and then start again as soon as I’m allowed. But I think I’d be better off putting something out for free, and then get back to earning a living with my writing when I’m permitted.

So, my current thought is that I will resume publishing on Medium, but without putting it behind the usual pay wall.

I’m considering all of the story ideas I’ve mentioned above as possible serials, since my last one, My Best Friend’s Wife, went so well. But, I’ve had an idea that it might be good to serialize Marriage 2.0 on Medium, essentially giving it away for free on that platform, but with a view to building an audience for it so that I can then serialize Marriage 2.0 Season Two.

So if you have already read Marriage 2.0 Season One, the benefit would be that I’ll be putting out Season Two after it. And if you haven’t read it yet, it’ll be coming out in weekly installments for free.

Anyway, that’s my thought process at the moment.

I think it might be fun to serialize Marriage 2.0. But I think if I put out a Season Two at this point, it wouldn’t do very well anyway, since it’s been a while since Season One.

But, if anyone wants to persuade me otherwise, I’m open to suggestions. 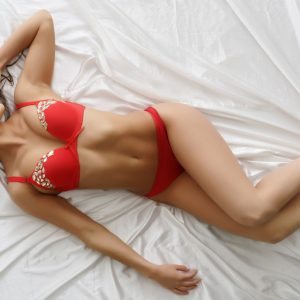