It’s the first vacation that workaholic couple Leo and Caitlyn have had for a long while, and the sun-drenched South of France offers the perfect opportunity to relax, take in the local sights and completely unwind.

But after an unexpected row threatens to ruin everything, Caitlyn has a chance encounter with an attractive and charming European couple which turns her head to wicked possibilities. When it comes to a little make-up sex with Leo, she reveals ideas that could blow their relationship apart – or turn out to be the most incredible journey of sexual discovery.

The temptation of what could happen with the fiery Marco and his beautiful blonde lover Sofia proves strong, but along with the whirlwind of lust and breathless carnal exploration, will they be able to handle the emotional consequences that come with being so intimate with others? And how will it affect their upcoming marriage?

Caitlyn raised her eyebrows, mouth opening in surprise, as though she’d never considered such a response from her fiancé to be possible. She laid a hand gently on Leo’s lap, and finding the hardness between his thighs, quietly gasped.

“I guess I like it when you talk dirty.”

Well, he might as well embrace his lust – there was certainly no point in embracing his fear. Where would that lead? Only to paranoia, doubt, and then ultimately perhaps conflict.

Now Caitlyn was leaning over to unfasten the drawstring on his trunks.

She said: “Doesn’t it make you jealous that I was sitting right there, inches away from Marco as his girlfriend was sucking his cock?”

“A little, I guess,” said Leo, as she withdrew his manhood, curling her fingers around it.

“But it turns you on that I was there, even though another guy was looking at me as his girlfriend went down on him?”

Now Leo got the sense that Caitlyn was trying to test him, to see whether his jealousy had become extinct through the years they’d been together.

He said: “It’s weird, I can’t really explain it. I guess it’s just so different from what normally happens.”

Caitlyn was looking at his cock as she squeezed and gently pumped his shaft, as though it was something she hadn’t seen for a while. Perhaps having seen Sofia tending to Marco’s own manhood, she was now looking at his with a different perspective.

She was blushing as she looked up at his face, of course. God, she was so hot. Her green eyes flickered as she examined his face, searching for signs of how he might react if she now told him a hard truth.

He nodded, that was all. He saw relief in her face.

He asked her: “Did they want you to… do anything?”

“No. They only asked if I enjoyed watching. Or at least, Marco only asked.”

Then Leo said: “Show me. Show me what you saw Sofia doing.”

Caitlyn looked a trifle surprised at his sudden demand, but after a beat, she flashed him a little impish grin that made his cock throb in her hand.

She flicked her feet up out of the water, and kneeling over him, briefly stretched upwards to kiss his lips. He tasted the wine on her mouth again, and this time it reminded him of their early days, when they were just dating and alcohol had never been far away. Back when he had been jealous when she looked at other men.

“She was on all fours, like this,” Caitlyn said, “only she was in front of him, between his legs.”

Leo pulled his own feet out of the water, and swiveled to match her description.

She said: “The waves were still coming up to soak her – and him – as she was doing it, but she didn’t stop.”

Between his thighs, Caitlyn took up Leo’s hardness in her hands, gazing up at him with a vampish smile before slowly licking all the way along his length, her breath tickling his sensitive skin as her tongue caressed him.

“I think he was smaller than you,” she said, her fingers crushing his hardness as she spoke.

“You know how to flatter a guy,” Leo joked.

She smiled, said: “Sofia’s smaller than me, though, so I guess it was to scale. She’s this really cute little blonde – had to stretch to get him inside her mouth.”

Leo now leaned back as he felt the tip of his penis engulfed by the soft but intense heat of Caitlyn’s mouth.

He let out a long moan as she sucked greedily on him, his fullness filling her mouth to an obscene extent, before she withdrew again to continue peppering his hardness with kisses, rubbing his swollen tip around her face as though exploring it for the first time.

She had to stop to pull her hair out of the way, but flashed such a blazing smile his way, he was nearly coming right there and then.

It was so sexy to see her this excited, the thrill emblazoned in the flush spread through her pale skin.

She said, “You know, sweetie, maybe I’ve been taking it for granted how amazing your cock is.”

Then she was sucking it back inside her hot, wet mouth, and Leo was trying to imagine how she must have looked watching a similar scene down there on the beach, shocked but powerfully aroused as a blonde bobbed up and down on another man’s cock.

How deliciously self-conscious she must have looked trying to talk casually to Marco while he violated French decency laws right there in front of her.

When Caitlyn came up for air again, Leo stopped her, and with one finger gently tilting her head up to meet his gaze, he asked: “Did you see them finish?”

Caitlyn dropped his cock. She had that look of reluctance about her again.

“What happened?” Leo caught his breath, his gut twisting into knots.

“Would you be angry if I said I didn’t just watch Sofia going down on him?”

Get this eBook here:

Get this eBook here: 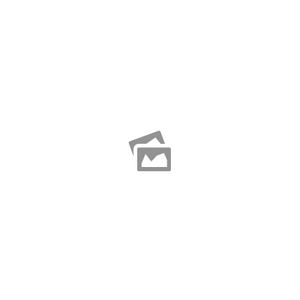 Feminine Ascendant (Submitting to Her #1)

Making Her Blush (Anarchy of the Heart #1)