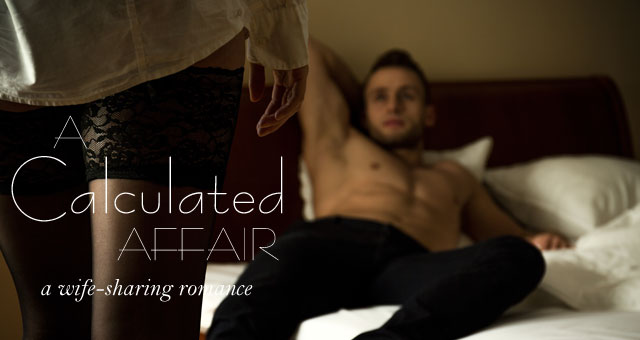 This is another wife-sharing romance, with perhaps a darker note at its heart compared to my recent stories in this field, a little more like my Madeleine trilogy.

This is the story of a married couple with two small children, where husband Jon has taken on the childcare role in a nice house in the suburbs, while wife Natasha succeeds in business within the city. They have a healthy relationship, a seemingly perfect marriage, even with Natasha’s job requiring her to travel frequently. 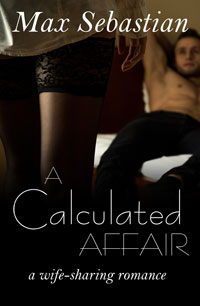 Then one day, out of the blue, Natasha comes home to tell her husband that she’s been thinking about having an affair.

Natasha’s confession provides the couple with some serious food for thought. She’s still very much in love with her husband, which is why she decided to come clean about falling for another man. But while she doesn’t want to deceive Jon, at the same time she does want to have an affair. She can hardly stop thinking about it.

However, what steers this story away from simply charting a straightforward marital break-up is the unexpected response that Jon has to the idea of his beloved wife having an affair. For some strange reason, he likes the idea of his wife being unfaithful.

Anyhow, the first draft sets it out as a fairly short novel at 40,000 words, and hopefully all being well this should be available as an ebook by the end of May, with the esteemed Kenny Wright helping me out with the cover.

Oh, and if anyone fancies a little advance reading, get in touch (Max@MaxSebastian.net) – I’m always on the look out for helpful beta-readers!