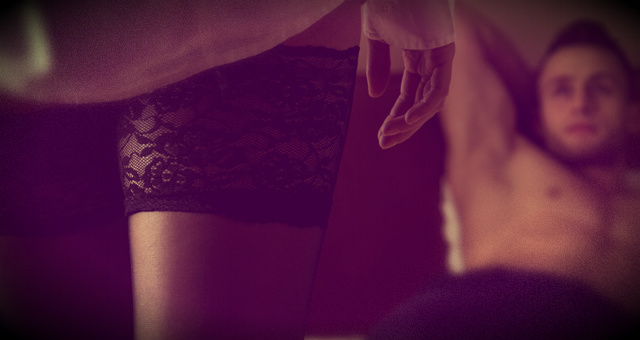 Out Now: A Calculated Affair (A Wife-Sharing Romance)

This one is a touch darker than some of my other stories, perhaps, although it still follows a relationship dynamic in which the husband character is turned on by the idea of his wife being unfaithful. 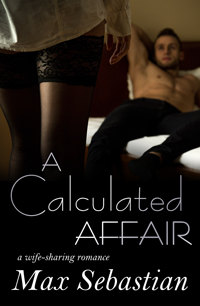 It’s consensual infidelity, but the husband feels less in control than in my other stories, and therefore for him the stakes are high.

Check it out at Amazon via the links on this page »

The blurb: “I’ve been thinking about having an affair.”

Dedicated stay-at-home dad Jon thinks beloved wife Natasha is kidding at first when she comes home from her latest business trip to say she’s fallen head-over-heels in lust with co-worker Patrick. But she’s completely serious, and it shocks him how desperately she craves this other man.

Natasha doesn’t want a divorce, she doesn’t want to hurt her loving husband — but she just can’t suppress the powerful feelings inside her. One way or another, this is going to change their lives forever.

Only, the more he thinks about it, the more Jon finds himself feeling strange desires himself — wanting to see his wife happy, completely fulfilled, and misbehaving in the arms of another man…

This was a hot story to write, with a sexy successful businesswoman as the wife who can’t resist one of her co-workers. It was also interesting for me, to attempt a story where the fantasy is driven by the wife — and she’s the kind of intelligent, strong female character who really wants to talk it through with her husband.

It touches on themes that arose in an interesting discussion between erotica readers/writers on Twitter recently (full discussion as recorded by Kenny Wright available here), looking at whether wife-led sharing stories can present likable wife characters who don’t just come across as selfish by essentially pushing their husbands to accept their infidelity.

From what I’ve seen in this subgenre — from discussions on social media and on forums or blogs, to emails from readers and publicly stated reviews of my books or similar titles — ultimately the view of whether these kind of female characters can be likable is highly subjective. There’s plenty of people out there who are adamant that their view is correct and cannot be challenged. But the bottom line is, none of us have exactly the same taste, in erotica or anything else. It all comes down to what you find erotic and what kind of characters you find likable.

I’ve kept this story within the boundaries of my taste as far as eroticism goes, and as far as attractive female love interests go. Is she a cheater if she keeps her husband in the loop about everything she does, if he ultimately wants her to do it, and yet she is the one who initiates it all? Maybe you’ll think so, maybe you won’t.

For me, I take a very positive view on it: Natasha is sizzling hot, and her desire to challenge the traditional view of monogamy in her marriage is a thrilling one. I hope you’ll enjoy the story, too.