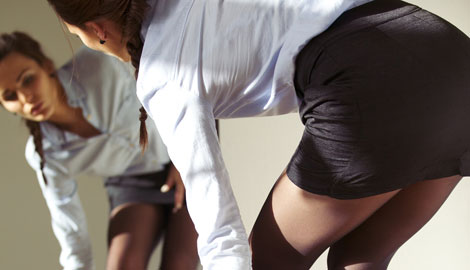 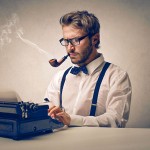 It’s been a busy month or so, with the Madeleine Trilogy now available in full through Amazon. I’ve been very grateful for the kind words coming back from readers who have enjoyed the story.

Next up, a couple of lighter projects, both in the field of wife-sharing, which still fascinates me as a topic area, although it will not be the only area of erotica on which I write going forward.

Firstly, I have a short story called Playback coming out, hopefully this weekend (around April 6). It’s being packaged as another in the “Wives with Benefits” collection, although it will be twice as long as the first two stories in that collection at just over 10,000 words. 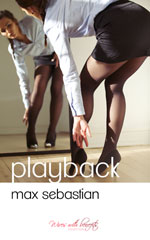 Playback is a story in which a husband returns home after work on a day in which his wife is flying out of the country on business, only to find a birthday present from her waiting for him, in the form of a DVD. On the DVD, his wife reveals in a video that she has inadvertently discovered his fantasy for wife-watching — and she has decided to see what it might be like to make the fantasy come true.

My second story out this month weighs in at 31,000 words, so I’m calling it a short novel. I guess it’s a novella really, but I’m not sure I like that term these days in the world of e-books. I’m yet to fully decide on a title, but its working title has been A Wife’s Desire, and it’s about a youngish suburban mom who runs into a young man at the movie theater and she realizes he’s the guy she used to babysit. Her husband is amused that now this guy is all grown up — college age — his wife seems to have a bit of a crush on him. And rather than get all jealous about it, he actually finds himself wanting to encourage his wife to explore her desire for this young man…

And, as a little bonus, although I’m not entirely sure when it will come out, I have another short story coming out soon that will be released as a little extra within Kenny Wright‘s forthcoming anthology, Wife-Sharing Shorts Volume One. The anthology’s title is fairly self-explanatory, but my little contribution is around 10-11,000 words in length, depending on the final edit, and is called The Three Laws of Wife-Sharing. 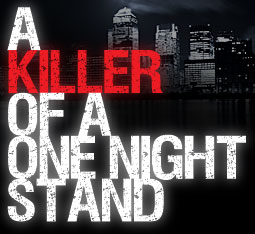 As we head into the summer, I’m aiming to start publishing episodes of my murder mystery A Killer of a One Night Stand. I already have about 60,000 words of it written, but it should end up much longer than that. It is the story of a guy whose brother has been murdered by a female serial killer he met through an online sex matchmaking website. With the police seemingly useless, and unwilling to investigate the angle of the sex dating website, he decides to try to use the website himself to track down the killer. It’s a fun project, and even before the Madeleine Trilogy, I was using it as a vehicle to explore the concept of wife-sharing, so I don’t think it’s a spoiler to tell you that our hero finds himself drawn into the wife-sharing/swinging scene to track down this killer, and it’s quite a learning experience for him.

I know it’s delayed (the Madeleine trilogy was a lot larger than I expected), but A Killer of a One Night Stand should start to see the light of day from this summer, hopefully May 2014. Fingers crossed, hopefully there’ll be plenty more from me this summer as well.

Anyway, thanks for reading!